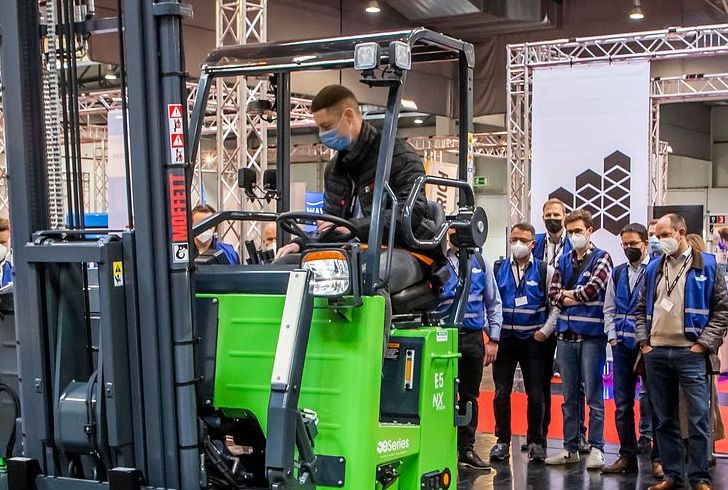 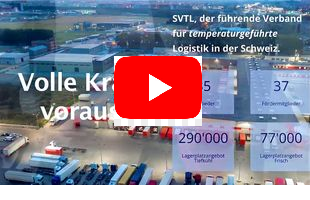 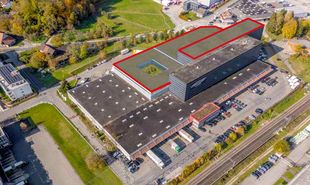 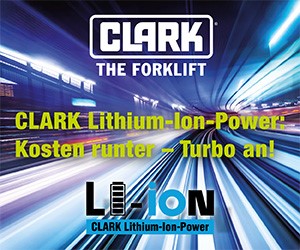 A Fabulous Jukebox in XXL 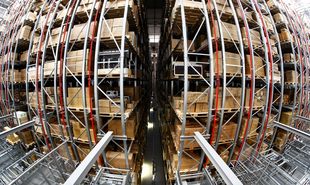 This is the story of how Thomann, the music supplies retailer with the highest revenues worldwide, has expanded its logistics center over the years with the help of intralogistics expert TGW.

The mecca of German musicians is in Treppendorf. Thousands of people visit the small Upper Franconian village counting 201 inhabitants every year. Their destination is Musikhaus Thomann, the music supplies retailer with the highest revenues worldwide. The artists do not have to worry that the keyboard or set of drums they want is not in stock: approximately 90000 items are always available in the logistics centre. If you decide on a certain instrument in the shop, you can take it home after about half an hour later. Most of the 1.3 billion Euros in revenue, however, is generated by the online shop.

Owner Hans Thomann is particularly proud that online customers do not only receive their ordered goods fast but usually in one delivery regardless of whether they ordered one item or ten. This shipping method is sustainable and cost-saving but it is a challenge when it comes down to logistics: merging small and big items as well as fast and slow movers. «We are able to process up to 40,000 orders per day,» says Norbert Groth, technical logistics manager at Thomann. In the run up to Christmas, all logistics employees work six days a week in three shifts. During off-peak times the operation is carried out in two shifts. The orders can only be processed because the logistics system has been automated and expanded over the years. 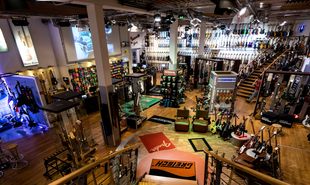 Long-time intralogistics partner of Thomann is TGW Logistics Group. The Austrian company started to automate the Versand-Center-Süd (VCS - Shipping Centre South) in Treppendorf as general contractor in 2008. For TGW, the company in Upper Franconia is a model customer in terms of expansions and modernisation. «If the number of orders and the number of items are rising at the same time or if the requirements change, companies will have to think about expansion at some point to ensure all items are available at the right time,» explains Markus Kammerhofer, Head of Retrofit Sales at TGW. «Thomann's revenues have increased by a double-digit percentage in the past years so that the system commissioned in 2008 was no longer able to process the order volume,» says Norbert Groth. For this reason, the new Versand-Center-Nord (VCN - Shipping Centre North) has been live since 2017 in addition to the Versand-Center- Süd.

Looking back: In 2009, Thomann had a system that could process 20000 parcels per day. A four-aisle automated mini-load warehouse with 70000 storage locations and picking process for fast movers was built and TGW equipped it with eight Mustang storage and retrieval machines (SRM). In addition, Thomann was provided with an automatic pallet warehouse comprising five aisles and 18,000 storage locations which went live in 2010 after two expansion stages. Large items are stored in a manual picking warehouse. The core of the installation was a Natrix sorter where employees packed up the items at 32 packing stations. 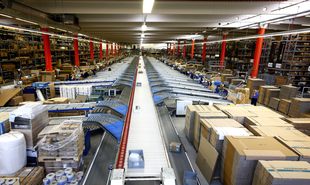 Natrix sorter: Core of the system.

Hans Thomann was very proud of the system performance resulting from the twelve million Euro investment: the output had increased by 40 to 50 percent compared to the former system. The throughput time was reduced to 28 minutes. The expansion concept of TGW was successful. The picking process for the different commodity groups comprising various sizes (from instrument cables to electronic pianos) was optimised. The system is controlled by TGW software. Around four million customers could choose from 65000 items. The number of customers as well as the number of items has increased further, however. Hans Thomann decided to build the Versand-Center-Nord (VCN) and chose TGW as a partner again.

It went live in 2017/18. The the high-bay warehouse (HRL 2) ordered from TGW comprised 21000 storage locations for pallets. Additionally, a shuttle system with six aisles and 111 600 storage locations for small parts was built. Thomann also invested in automatic carton erectors and sealing machines, labelling machines as well as in an efficient goods-to-person picking area. During the expansion, TGW modernised the WMS in order to meet the complex requirements of the music supplies retailer. After a software modernisation of CI_LOG 4, Thomann now uses the TGW Warehouse Software covering the Warehouse Management System (WMS), Warehouse Control System (WCS) as well as the Material Flow Controller (MFC).

Thomann hasn't stopped growing, however. Thanks to the successful expansions implemented by TGW before, Thomann approved further projects in 2020. The high-bay warehouse HRL 1 will be expanded in order to improve the replenishment in the future. Additionally, the VCS will be equipped with a new goods-out loop with automatic labelling machines for up to 2000 parcels per hour. This will be installed during live operation and implemented by the end of 2021. Another project in the works is a warehouse for storing bulky goods, for example electronic pianos. The increase in e-commerce due to the corona pandemic has led Thomann to think about other expansion projects, for example in the shipping area or for the shuttle warehouse. Another high-bay warehouse is also an option. 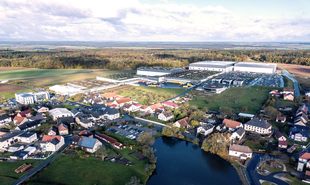 Thanks to the expansion projects, Thomann has reduced the throughput time from 28 minutes to 20 minutes despite the increase of different items from 65000 to 90000. Instead of four million customers, the company now provides more than twelve million customers with goods all over Europe.

All this sounds easy in theory but in reality it is a complex process. «The most important rule is: Do not interrupt live operation while expanding and modernising the system,» emphasises Groth. Detailed planning, intensive testing, well-defined functional specifications, clearly defined processes and a perfectly planned schedule are some of the keys to success according to the experts of the Retrofit department at TGW. A so-called Big Bang was not possible in Treppendorf. The strong e-commerce business makes it unfeasible to shut down the system for several weeks; on top of that, the warehouse normally operates six days a week. For these reasons, all the work had to be performed between Friday evenings and six o'clock on Mondays.

«During a software modernisation process, it is possible to use the old version in case of problems. But as soon as the new system parts are commissioned, everything has to work out at once,» explains Norbert Groth. Similar to an orchestra where everyone has to start playing at the same time. Norbert Groth is confident that the planned projects will be successful. «The involved TGW employees have the experience and competence for such projects,» he sums up. 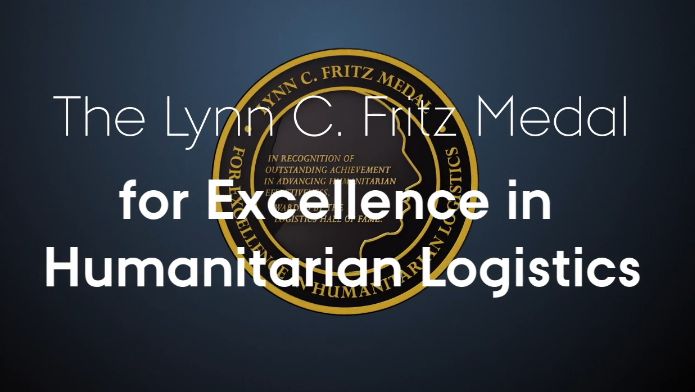 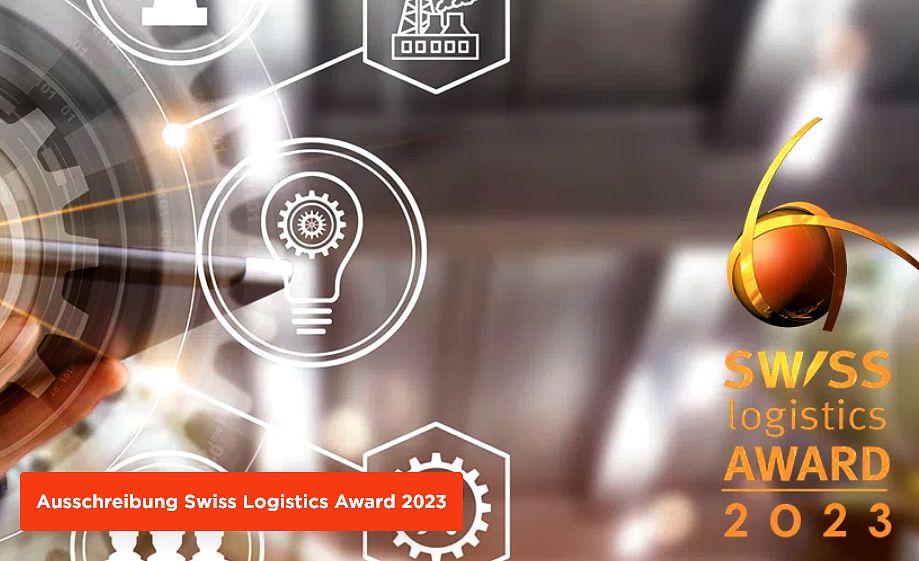 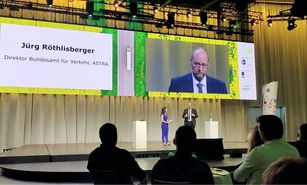 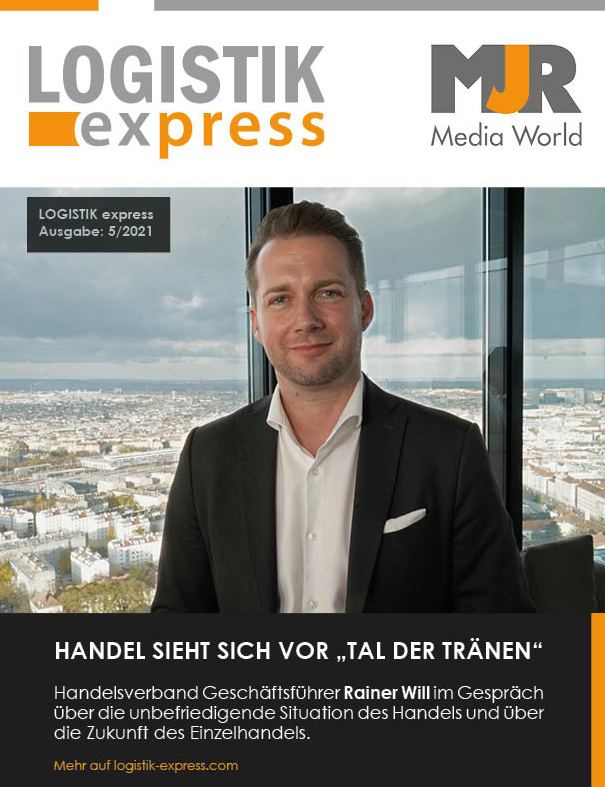 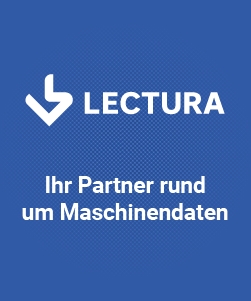